At some time in the future, as has happened in the past, we may be faced with having to make a critical decision. One that could affect our welfare, or even our life.

At such time, O Lord, help us to face our task without fear of panic.

Help us to sharpen our senses so we may think clearly, to understand all the facets of our problem. Help us to hold back from grasping at alternatives without careful weighing.

And when we have made the decision, O Lord let it be the right one.

I wonder what my grandmother was contemplating when she wrote this invocation? I can’t think of any critical decisions or crossroads that she faced in 1985. Although, with my living in Oregon, and she in Burbank it would be presumptuous of me to think I knew what was going on in her life.

I know that I’ve been at many junctures in my life, and in retrospect, I didn’t make the best decisions. I should have interviewed with Hewlett Packard when I graduated from college instead of being dissuaded by my mother who wanted me to stay in Portland and tend to her needs.

I should have broken free of my mother’s narcissistic bonds because in the long-run she crippled my life, criticizing me when I took any time for myself, calling me selfish. Weekend-after-weekend, month-after-month, year-after-year, decade-after-decade, I put her needs before my own, before my ambition, before my emotional needs, before becoming my own person.

While my mind told me to run, I was filled with fear and panic. I’d been tamed since age 9 when my father passed away. Told my responsibility was to take care of my widowed mother, and not resent my brother being allowed to do whatever he wanted, and come-and-go as he pleased.

I was trapped. Stunted.

My senses sharpened, and courage raged when I learned Rich had been relocated to Texas. Throughout our relationship, I’d juggled my time between working, tending to my mother’s perpetual demands, and being with Rich. Several times, I’d begged Rich to leave, feeling overwhelmed with trying to hold everything together. 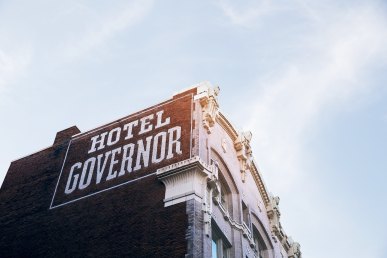 I also knew that if Rich went to Texas without me, I’d never find anyone who unconditionally loved me and accepted my peculiarities. My window of opportunity was closing. So I leapt.

I made the right decision, leaving beloved Portland to join Rich in Texas.

The moment I announced my engagement, the poison arrows from my mother flew. However, there was no turning back. Rich had talked me into a quickie civil wedding the week before he’d left for Texas. My destiny was sealed.

Our formal wedding, three months later, was a tense affair. My mother-in-law, along with my best friend, helped me get dressed and did my makeup and hair. When the photographer arrived, my mother didn’t want to be included in the pictures or reception line. She sat at a table at the back of the venue, later accusing me of not seating her at the head table, even though, we didn’t have a head table.

My brother and his girlfriend were slightly more accommodating when it came to the pictures. Even so my mother, brother, and his girlfriend didn’t give us a card or gift, nor did they toast us before we cut the cake. They acted as if they barely knew us.

After the wedding, we stayed at the Governor Hotel, in downtown Portland. Around 5 in the morning, I woke up screaming. I was no longer trapped. The bars of the cage had come down, and the beast wasn’t me.

Critical decisions aren’t always easy. But sometimes, they need to be made.

Thanks to Austin Neill @arstyy for the great picture on Unsplash