It is now the month of May, in the fullness of springtime, when Mother Nature show off her wares in all her power and glory.

When new seedlings and grasses spring up out of her earth, and trees burst forth with blossoms that will bring summer fruits and flowers.

When birds return from their winter sojourn and greet each other in joyous song. When a beaming sun melts the snow off the mountain top and warms the waters beside the sandy beach inviting all to put aside their cares and come to play. 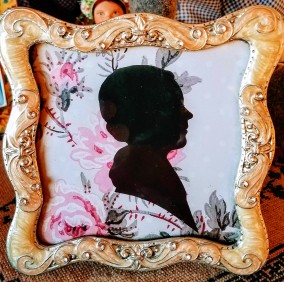 And when we celebrate Mother’s Day. A day of recognition and tribute to all of womankind who bear children and to all who nurture them. And to remind us that no one comes into life on their own, but is carried into it by a mother.

May, the time of rebirth and growth, and a promise of sunny days to come.

O Lord, let the glory of your springtime wash over us, and lead us to finding new joys and happy feelings to share with those around us.

This is the last invocation my grandmother Rose Ridnor wrote. I posted the first one, which was written on November 2, 1983 on September 5, 2011. When I started posting them, nearly 7 years ago, I couldn’t have foreseen how her words would inspire me to write commentaries on the invocations and often elaborate on what was occurring in my life.

Interestingly, many of the issues she was concerned with 28 – 30 years earlier are still pressing problems today from world peace to interpersonal relationships. Sometimes, I wouldn’t publish an invocation for a month or two, and then I’d get an urge, a prodding, to look at the next invocation. Often, it was germane to an issue I was facing in my life.

It’s been an insightful journey into my grandmother’s thoughts. With that said, I had an entire banker’s box full of her writings. Below are some of what she wrote about women, motherhood, and marriage. It’s particularly apropos for today, Mother’s Day. Enjoy!

Oh! The picture in this post. My grandmother had a small corkboard in her panty, on which was a small framed photo of my parents, brother and me. I found the photo in one of the boxes of my grandmother’s writings. Because the frame was coming apart, I decided to take out the photo. Underneath it was a black silhouette of my grandmother.

A few weeks later, I found an ornate frame with a rose-printed paper. Normally, you’d replace this paper with a photo, but I thought it was perfect was placed the silhouette on.

Having been born a woman, happy to stay that way, never envious of man’s freedom and special privileges, and having run the course from child to mother to grandmother, my viewpoint is of course that of a woman’s. But don’t let that frighten you away. You boys, and little girls, have to put up with women from the first cry to, I hope, the last sigh, so it won’t hurt to listen to what this old woman has to say.

I can’t understand why men make such a big to-do about women being hard to understand. I thoroughly disagree. She’s easy. This formula quite uncomplicated. Just play along with her moods. When she’s in low, step softly, speak gently. When in high, take her hand, and run like the wind.

Strikes me odd that men look to marry women who are capable, intelligent, efficient, yet once married resent these very same qualities.

A wife proud of her husband’s successes. She parades them around for all to see. Works to keep in stride with him. Not so the man. He is resentful of a successful wife. He tries to downgrade her achievements, make light of her abilities.

A man should feel that a clever wife cases no dark shadow on his manhood, but rather enhances it.

Some men are so concerned with their own selves, they cower from life’s punches. They lookout for a bulwark. Like a good taster against a poisoner. Such a man usually exerts his authority on the least, the weakest of his antagonists… his wife.

I think the people who say, “When your wife is angry, bring her flowers,” must be in the florist business.

When a woman (or a man) is angry, or pouts because her feelings have been hurt, there is nothing in the world to equal just plain taking the time to ask her, “What is the matter,” and a genuine, “I’m sorry.”

Flowers and trinkets do not explore the problem nor correct it. Nor do they necessarily mean the donor is sorry and will try not to repeat the offense. By themselves, they are merely a sop, a pay-off, a for-heavens-sake-shut-up.

The woman who can be bought with flowers and trinkets is a woman who can make tears and hurt feelings a habit, leading to far greater cost than a couple of long-stem roses.

I sound, you say, like sour-grapes-because-I-never-get-any-flowers. You’re so right!